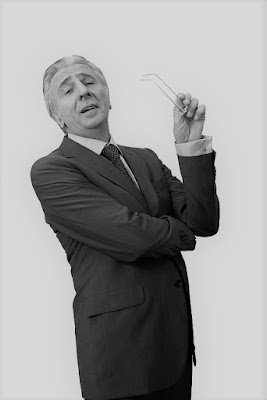 Last year I accepted a tenure track job at Castleton State College in Vermont. I left that job after one year because I was so unhappy.
An example of why I left: I was preparing the Martin Luther King Day talk on peace, and was working on a presentation which compared the strategies of the civil rights and anti-apartheid movements, while editing video footage, I overheard a professor in the business department tell a student that "You can not get a job in graphic design in New York unless you are Jewish."

During my undergraduate experience at a top 25 liberal arts college in the Midwest, an assistant editor of the newspaper asked me to write a piece on Kristallnacht because she wanted "an intelligent Jew to do it."

Upon hearing that his niece had married a Jewish man, my wife's uncle stated, "They have never done anything to me. I had a Jewish boss once, he was a bit tight with his money, but otherwise he was okay."

At my brother-in-law's wedding this summer I overheard one of the guests telling a Jewish joke, while I do not remember the words, it had to do with big noses and being cheap.

Informant was in his early thirties. He was a college professor in Ohio

"You Cannot Get that Job Unless You Are Jewish" # 20