Many leftists like to link Poland with anti-Semitism and by extension to Catholicism and Christianity. Labour is, of course, a left-wing party.
Posted by D Goska at 10:49 AM No comments:

No One is Talking about Cold War. Further Evidence of How Poles Have Failed to Shed Light on Their Story 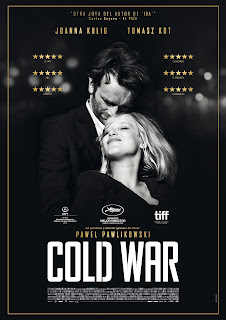 Years ago, in the 1980s, I attended a meeting of high-minded liberals at Black Oak Books in Berkeley, California. A speaker for some high-minded international organization, I forget which one, had a huge map of the world on display. The speaker divided the world up into influence zones. The overall message was that Americans must be nicer to a given overseas population. The talk was meant to be comprehensive, to address *the entire world.*

After the talk and the applause were done, I raised my hand. "Your talk and your map are meant to treat the entire world. There is part of the world that you have totally ignored. You don't mention the Baltics from the north to the Balkans in the south of Eastern Europe."

The speaker hadn't even thought of Eastern Europe, in this meant-to-be comprehensive division of the world into zones and how Americans should feel about each zone.

After Sunday night's Oscars, I have heard, on NPR, at least *four* broadcasts devoted to telling the audience that one must not like the best-picture winner, "Green Book." Why? Because it features a sympathetic white, male character. I heard these broadcasts on "All Things Considered," "Q," "All of It," and at least one other broadcast, forget which one.

This is the conversation in the US right now. Anyone who wants to address stereotypes of Poles in the West needs to understand and address this wider conversation.

A film that no one talked about in any  of these Oscar post-mortems was "Cold War." A Polish movie. That has received the highest praise. Because Poles have not worked their story into the national dialogue. Powers-that-be talking about ethnicity in America don't have to factor Poles into that conversation, even after a critically praised movie is ignored at the Oscars, because Pole's inability to make themselves heard in the national conversation renders Poles non-beings in that national conversation about race and ethnicity.

My book, Bieganski, does work Poles' story into the national conversations about race and ethnicity. Thus the chapters devoted to the history of the stereotype, and how it has played out against stereotypes of Blacks and Jews.

Poles might benefit from reading, using, and supporting this book. 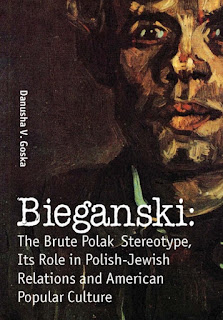 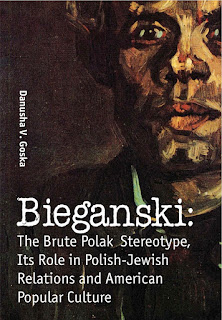 My book Bieganski the Brute Polak Stereotype is the only scholarly book devoted exclusively to the stereotype of Poles as brutes, as the world's worst anti-Semites, as more animal than human.

Many Poles and Polonians criticized me for the book, saying that negative stereotypes of Poles would die out as more and more Poles became professionals, and as Polish-Jewish relations improved.

No, I said, you don't understand stereotypes. This stereotype will never die out. Poles and Polonians must address it in an effective way.

The first place to start is to read the one scholarly book out there that takes on this stereotype, and that offers Poles and Polonians the tools to address the stereotype.

Month after month, year after year, new Bieganski crises emerge. Poles and Polonians get all fired up, they post argumentative and impassioned social media posts, The Kosciuszko Foundation or some Polish minister or other issues a testy response.

Poles and Polonians talk about how great Kosciuszko was, and they talk about the Armia Krajowa.

But they never get around to addressing these matters with any focus or concentration. And the next Bieganski crisis comes rolling down the chute.

What can I say? Polonia, when you mature, you may treat the Bieganski stereotype with more seriousness. Until then, it's just the same crisis on a different day.

Polonia, I told you so.

Let me know when you want to address Bieganski in a mature and sophisticated way. I'd be more than happy to help. Meanwhile, I'll just watch from the sidelines as you continue to shoot yourself in the foot by refusing to take on the stereotype head-on.

See pertinent articles here and here.
Posted by D Goska at 10:22 AM 10 comments:

An article alleges that American media is ignoring a growing trend of violent assaults against Jews in America. One possible reason. The alleged attackers are not the media's favored villains. Read the article here.

Watch video of one such attack below.