Facts Refute the Recent Allegation that Jews Care Only about Jews.

Recently a poster posted the following words in a discussion thread under the post about the Pittsburgh Tree of Life Synagogue Shooting.

When I read this comment, I thought of the following.

In 1998, Adam Hochschild, of Jewish descent, published King Leopold's Ghost, bringing to light previously obscured atrocities committed in Central Africa by Belgian colonizers. Virtually no one talked about these atrocities before Hochschild published this book. He, one man, opened up a hidden history and began an important conversation about Belgian crimes against Africans. 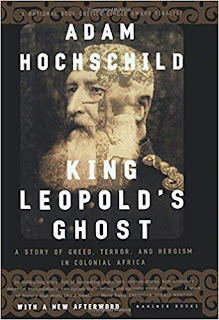 Anne Applebaum, of Jewish descent, has published numerous books about Communism's crimes, including the Pulitzer Prize winning Gulag, a History. 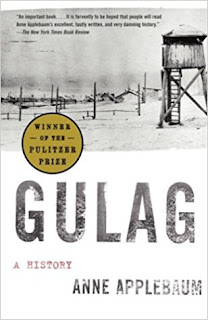 Lawrence Wechsler, of Jewish descent, wrote Poland in the Season of Its Passion, a book that completely enchanted me with its vivid, warm description of every day Poles in the Solidarity era. 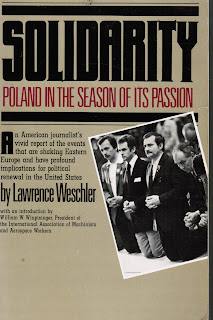 My own work, Bieganski, the Brute Polak, was not published in part or in whole by Polish journals or by Polish publishers, to whom I offered it, but who passed, often telling me quite frankly that they were afraid to be associated with my potentially controversial work.

Rather, the first chapter of the book to appear in print appeared under the direction of Jewish editors, and the book itself was published by Jewish publishers.

I could go on. There are hundreds of books, articles, and media materials, produced by Jews, on the suffering of non-Jewish persons. There are martyrs, as well. The most famous in this country are the two Jewish men, Andrew Goodman and Michael Schwerner, who gave their lives in the Civil Rights Movement.

"'He’s taken into my hospital and he’s shouting, ‘I want to kill all the Jews,' Dr. Jeff Cohen, the hospital’s president and a member of the Tree of Life Synagogue, told ABC.

'The first three people to take care of him are Jewish.'

A nurse whose father is a rabbi also treated Bowers, Cohen said.

'We have a very simple mission at [Allegheny General Hospital] and I imagine it’s exactly the same at the other hospitals in the area: We’re here to take care of sick people. We’re not here to judge you,' Cohen said."

In short, I reject the poster's allegation that Jews care only about Jews, and that public education on the Holocaust necessarily eliminates education on other atrocities. In fact, in many cases, the very texts we rely on to learn about and understand other atrocities have been written, edited, or published by Jews. That is the case when it comes to my own work.
Posted by D Goska at 10:13 AM 11 comments: 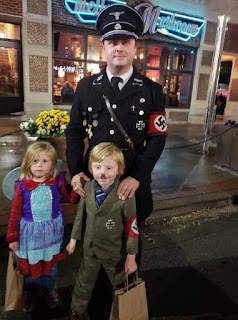 In Solidarity with the Tree of Life Synagogue in Pittsburgh, Pennsylvania 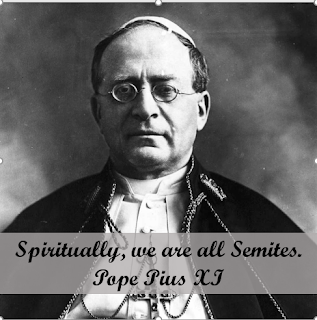 On October 27, 2018, an anti-Semite murdered eleven people at the Tree of Life Synagogue in Pittsburgh, Pennsylvania. This horrific assault has been called the worst attack on worshipping Jews ever to occur in the US.

Good people of every faith stand in solidarity with the Tree of Life congregation and with Jews everywhere.

Some assume, without reading it, that my book Bieganski the Brute Polak Stereotype is an anti-Semitic book. Some assume that Poles and Jews are destined to be at odds.

These assumptions are false. There is a long tradition of Polish-Jewish cooperation and mutual affection. That tradition is cited in the book and documented on this blog, for example in this series of blog posts entitled "Poland's Importance to Jews; Jews' Importance to Poland."

Rather, there are people who monger hatred. Such people can come from any ethnicity. One such person is Donald Trump. In a 2016 blog post entitled "My Top Twelve Reasons for Not Voting for Donald Trump," I gave as my very first reason Trump's hate-mongering. Another reason was his evident personality disorder. People with personality disorders see themselves in combat with the world. They recreate around them situations of chaos and conflict. They monger hatred of one for the other, in order to create chaos and hostility. Trump does this with his words. He encourages Americans to hate each other.

The synagogue shooter voiced disapproval of Trump online. The shooter said that Trump did not go far enough.

But Trump did allow anti-Semites to support him. Three times, on camera, in an interview with Jake Tapper, Trump declined to disavow David Duke of the KKK. Trump's closing campaign ad was a video of an anti-Semitic fantasy, a dystopian American where George Soros and other Jews made life impossible. Trump supporters condone his hate-mongering.

One of my most anti-Trump acquaintances is Otto, who wrote Ripples of Sin about growing up with a father who served, with distinction, in the Wehrmacht during WW II. Because Otto is acutely aware of the forces that contribute to the rise of evil, he feels it necessary to speak out about Trump's hate-mongering. I feel the same way. To write Bieganski I spent years of my life studying hate, atrocity, and WW II. It's my duty to apply my knowledge and speak up against hate-mongering.

Scholars far more prominent than I feel the same way. Christopher R. Browning, author of Ordinary Men: Reserve Police Battalion 101 and the Final Solution in Poland has just published "The Suffocation of Democracy" in the New York Review of Books. In this article, Browning writes, "As a historian specializing in the Holocaust, Nazi Germany, and Europe in the era of the world wars, I have been repeatedly asked about the degree to which the current situation in the United States resembles the interwar period and the rise of fascism in Europe. I would note several troubling similarities and one important but equally troubling difference."

Yes, decent people everywhere extend their sympathies to the congregants of the Tree of Life synagogue. But we must do more. We must speak out against the hate-mongering of America's current president. We must speak up when Facebook friends insist that the synagogue shooting never happened, that it is a false flag, that it was orchestrated by George Soros to manipulate the masses.

We must speak up when friends engage in that Soviet propaganda topic, "Whataboutism." Rather than address Trump's hate-mongering, they attempt to render speech impossible with endless changes of subject. What about this or that hateful thing that Hillary Clinton or Barack Obama allegedly said?

We must be brave to do this. Our courage is the least we can offer. My father's courage was exercised in risking his life, fighting fascists and racists in World War II. I should be at least as brave as he when confronting liars and hate-mongers on social media.

"Kler" or "The Clergy" 2018 Film about Polish Priests Is Controversial

Kler shows clergy as much victims as villains The Guardian

Stanisław Michalkiewicz, whose work has appeared on Radio Maryja, called a survivor of clerical abuse a whore. Read more here.
Posted by D Goska at 11:31 AM 4 comments: