A 64 year old Rabbi was attacked in a Crown Heights park in NYC. The assailant threw a brick at him and knocked out his teeth. Rabbi Avraham Gopin required stitches. This attack is part of a surge in attacks on Jews in recent years in NYC. Attackers are often young men of color and media acknowledge that reporting these stories is difficult for media because they do not fit the profile of what media promote as a "hate crime." They would rather report on white supremacists attacking people of color. See full story of attack here
Posted by D Goska at 8:41 AM 1 comment:

Need a Place for One Night In Washington, DC

I've been invited to speak at a conference in Washington, DC, in November, 2019. The conference concerns how Poland's role in WW II is misrepresented in media.

If I am to honor this request to speak, I will need a place to stay for one night in or near Washington DC. Anywhere that's on the DC public transportation system would work, so a place in northern Virginia or Maryland would work.

If you know of anyone who could put me up in a clean, quiet, safe place for one night, please pm me.

I'm clean and quiet. I just need a place to sleep and shower. I won't cook or ask for dinner wherever I stay.

Needless to say, I'd like to stay with people with some social media profile. If I get an invite from a strange, single man with no public profile, I would not be able to accept. I'm sure you understand.

Also, if anyone reading this would like to contribute toward a hotel room, that would be great, too.

Poles Struggle to Revive Music "Murdered" By the Nazi Invasion.

You can read the transcript here
Posted by D Goska at 11:46 AM 6 comments:

Krystyna Dańko née Chłond (9 July 1917 – 6 August 2019[1]), was a Polish orphan from the town of Otwock, daughter of Karol Chłond – a respected city official in prewar Poland – was awarded the title of Righteous among the Nations by Yad Vashem in 1998, for saving the lives of Polish Jews during the Holocaust while risking her own life at the time of Nazi German occupation of Poland.[2][3]

Krystyna Dańko received her medal at the request of Maryna (Maria) Bartoń née Kokoszko, whom she "smuggled" into a safer place from Otwock to Warsaw, where Maryna's extended family could take care of her. Unafraid of endangering her own life, Krystyna helped her Jewish friends by giving them food she bought, clothing as well as money, and by fulfilling their heartfelt requests.[4]

Several years before the outbreak of World War II, Krystyna Dańko established a close friendship with Lusia, the eldest daughter of the Kokoszko family, who was her high school classmate. Krystyna spent a great deal of time in their home. Once the Holocaust began, she did everything in her power to help the family survive the Nazis. "I was never afraid of anything", she said.[5]

After Kokoszko's successful escape from the ghetto, Krystyna helped to hide them, including father, mother and Helena (Lusia), in a secret location at a nearby village. She took the youngest daughter, age 6, on a train to the capital, where the girl was placed in a Polish orphanage in Warsaw under an assumed name.[2]

Krystyna became the liaison between the family and their youngest child, delivering messages and information back and forth. Krystyna asked nothing in return for her heroic effort, stating that helping others was her moral obligation as a human being.[2] Otwock Ghetto was liquidated on September 19, 1942, when 75% of its Jewish population numbering around 8,000, was assembled at a layover yard in Otwock and shipped to Treblinka death camp.[6] Jews who remained were summarily shot on Reymonta Street thereafter.[7]

In 1951 Krystyna Dańko née Chłond married Mieczysław Dańko, social activist from Otwock persecuted by the Stalinist regime. He died in 1982.[8] Krystyna was honoured in Jerusalem as Righteous Among the Nations on 13 December 1998 for helping to save the lives of Eugenia, Helena, Maria, and dr. Michał Kokoszko who settled in Warsaw after the war. The eyewitness testimony came from the youngest daughter of the Kokoszko family, Maria Kokoszko-Barton who submitted her deposition to Yad Vashem.[2]

Two other members of Dańko family were awarded their medals posthumously on 16 December 2008: Jadwiga Dańko née Wojciechowska (1904 – 1968) and husband Mieczysław Dańko (1905 – 1982) who separately saved the Weczer family in Otwock.[3]

The above text is from Wikipedia, here: https://en.wikipedia.org/wiki/Krystyna_Da%C5%84ko

Daria Sockey, author of The Everyday Catholic's Guide to the Liturgy of the Hours, recently traveled with me to Doylestown, Pennsylvania, in order that we might visit the "American Czestochowa," that is The National Shrine of Our Lady of Czestochowa.

I had never been there before and I was in awe of the place.

I loved it ... but ... I could not help but notice how much love, time, patience, devotion, money, patriotism went into creating and goes into maintaining this place. And yet Polonia has such minor impact on American cultural and political life. You have to wonder why. If Polonians can create an enclave like this, why can't they have a larger impact on school curricula, public debates about WW II and Holocaust history, and publishing decisions?

I was also struck by how Polish the place is, and how much more it could be doing to make the shrine accessible to Americans who don't speak Polish and don't know much about Polish history. Too much at the shrine struck me as Polonians talking to other Polonians and not inviting non-Polonians into the conversation.

Below are some photos of our visit. Obviously I am not a professional photographer and my camera is tiny and basic. But you can find many superior photos on the web. 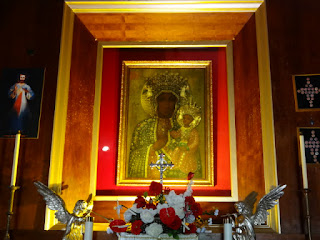 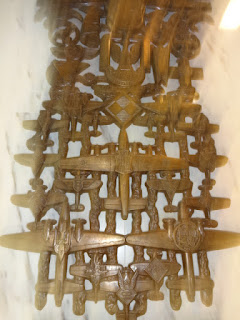 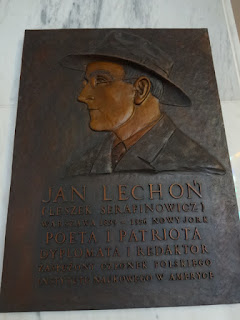 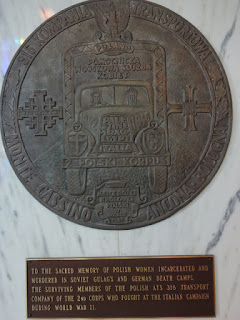 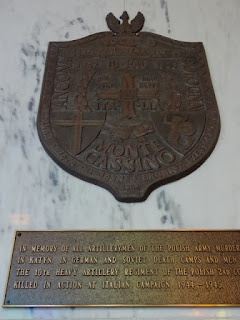 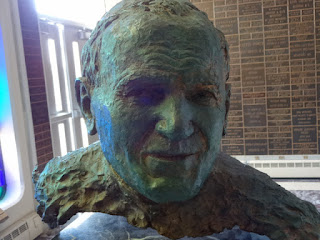 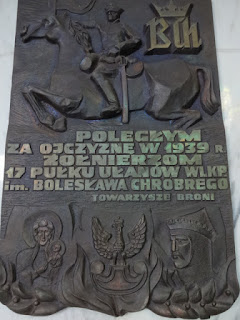 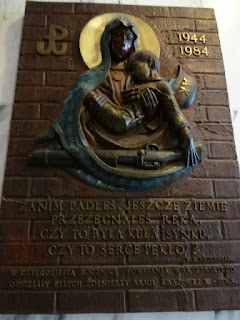 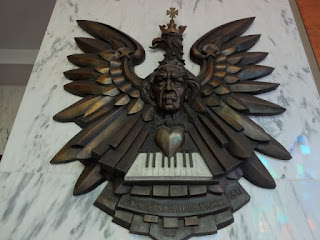 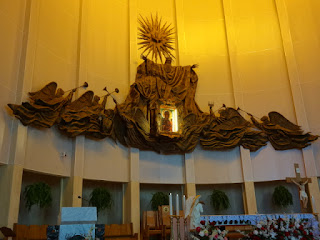 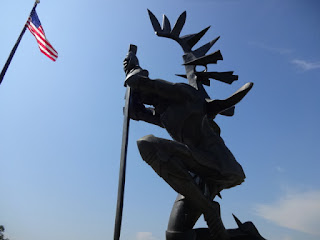 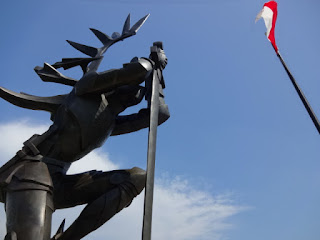 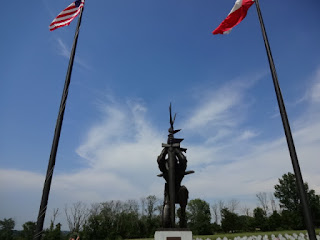