I hope Gene is okay. Haven't heard from him in a while. 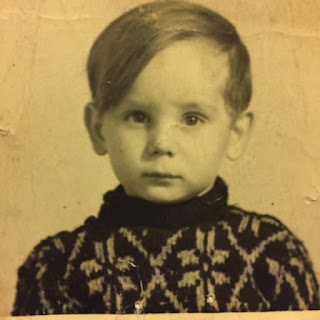 A professor at Poland’s leading Catholic university has been spared from disciplinary action and exonerated for a lecture he delivered in 2018 in which he claimed that Polish Jews had engaged in ritual murder — one of the deadliest antisemitic falsehoods to have persisted over the centuries.

Fr. Tadeusz Guz, a professor of philosophy at the John Paul II Catholic University of Lublin (KUL), endorsed the “blood libel” during a May 26, 2018 public lecture in Warsaw, in which he falsely alleged that Jews in Poland had engaged in the slaughter of Christian children for ritual purposes.

“We know, dear people, that the facts of ritual murder cannot be erased from history,” Guz told his audience. “Why? Because we, the Polish state, in our archives, in the surviving documents, have had over the centuries — when Jews lived together with our Polish nation — we have legally valid sentences for ritual murders.”

After a complaint was filed by the Polish Council of Christians and Jews, both the Archdiocese of Lublin and the academic authorities at KUL distanced themselves from Guz, but notably refrained from taking further measures against him. “The lecture activities of Fr. Guza outside the university are undertaken and carried out by him on his own responsibility, and the theses he proclaimed are not the position of his superiors,” a joint statement from the two institutions proclaimed at the time…

“Contrary to the KUL committee’s claims, the whole lecture was antisemitic. He argued that Jews as a community have failed God by not converting to Christianity,” Rafał Pankowski, NEVER AGAIN’S director, told The Algemeiner on Wednesday…

According to Pankowski, Guz has been a regular guest on Radio Maryja — a major Catholic broadcaster that frequently transmits antisemitic content — and has delivered other antisemitic lectures in the past. In one such lecture, he accused powerful Jews of having financed Hitler’s regime and the Holocaust.

KUL. Father professor Tadeusz Guz about the ritual murder. The position of the director of the POLIN Museum

I cannot be silent when the world receives a message straight from the Protocols of the Elders of Zion – this is how the director of the POLIN Museum of the History of Polish Jews, Zygmunt Stępiński, reacted to the decision of the Disciplinary Commission of the Catholic University of Lublin, which upheld the discontinuance of the proceedings in the case of a university employee, Rev. Professor Tadeusz Guz. It is about his statement about ritual murders…

On April 1, a statement on the decision of the Disciplinary Committee was issued by the director of the POLIN Museum of the History of Polish Jews, Zygmunt Stępiński, who wrote, inter alia, that “with amazement and indignation he received the decision of the Disciplinary Committee of the Catholic University of Lublin regarding the scandalous statement by Rev. Prof. Tadeusz Guz regarding the so-called ‘ritual murder'”

“Respecting the autonomy of the university, I cannot remain silent when the world receives a message straight from the Protocols of the Elders of Zion, Nazi or Stalinist propaganda” – he emphasized. He also lodged a protest with the rector of the university, priest professor Mirosław Kalinowski.

Two years ago, the Polish town of Krasnik, like many other municipalities in Poland, declared itself an LGBT-Free Zone. Krasnik has paid a heavy financial and reputational cost. A sister city cut off relations. Millions of dollars in foreign aid disappeared. The town has become "a synonym for homophobia," the mayor says. "We have become Europe's laughingstock." The mayor wants the anti-LGBT resolution repealed.

I was just scrolling idly through Facebook when I read a post that caused my jaw to drop. An entire Hasidic Jewish family, father, mother, and baby, were slashed on the street in New York City.

This news shocked me. Who pulls a knife on a baby in a stroller? An entire Jewish family? Why?

I was shocked, again, when I saw that the attack happened last week. I live within eyeshot of New York City. I get most of my news from WNYC, the NYC and New Jersey NPR affiliate. I can't say that they never reported this news story, but I heard not a word of it from WNYC. I learned about it from Facebook.

I also never heard anything on WNYC about the horrific murder of Mohammad Anwar, an honorable immigrant from Pakistan, 66 years old, who was killed by two girls in Washington DC. Those two girls will not serve a day behind bars. I learned about this story exclusively from right-wing talk radio.

I also did not hear anything about Christine Engelhardt, a 24-year-old woman who was drugged, raped, robbed, and left for dead in Miami.

These are three shocking and significant stories. Why am I not hearing about them from my normal news sources?

There was another shocker to the story about the slashed Jewish family. I wanted to know who did this. What kind of a sick person would just walk up to an innocent family and start stabbing a young husband, wife, and little baby?

I spent some minutes searching Google and then Duck Duck Go and I found only the name of the attacker. No photo. No reason why he would attack Jews. Who  is this person? Why is he being shielded?

What is going on?