Bieganski and Georgette Mosbacher, Nominated to be Ambassador to Poland 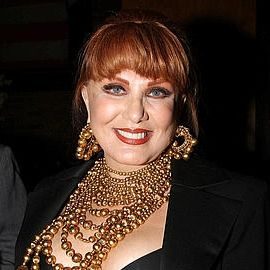 Georgette Mosbacher, nominated to be the next American ambassador to Poland, blames Poland's recent Holocaust speech bill for rising anti-Semitism in Europe.


Some years back, Charlie Craig and Dave Mullins entered the Masterpiece Cake Shop in Colorado and asked Jack Phillips, the proprietor, to design a cake for their wedding.

Charlie Craig and Dave Mullins received many offers of free cakes. That did not satisfy them. They, and their allies, wanted Jack Phillips to suffer.

Suffer Phillips did. His case went all the way to the Supreme Court.

Today, the Supreme Court decided in favor of Phillips, but not, alas, on the grounds of his freedom as an artist to accept or decline artistic commissions at will. Rather, they decided on the grounds that the Colorado Civil Rights Commission was hostile to Phillips' Christianity.

You can read their decision here.

That's right. Christophobes in power in the US conflated Jack Phillips' Christianity with Nazism.

The Supreme Court said that that is wrong.

Below please find  a quote from the Supreme Court decision:

On July 25, 2014, the Commission met again. This meeting, too, was conducted in public and on the record. On this occasion another commissioner made specific reference to the previous meeting’s discussion but said far more to disparage Phillips’ beliefs. The commissioner stated:

“I would also like to reiterate what we said in the hearing or the last meeting. Freedom of religion and religion has been used to justify all kinds of discrimination throughout history, whether it be slavery, whether it be the holocaust, whether it be—I mean, we—we can list hundreds of situations where freedom of religion has been used to justify discrimination. And to me it is one of the most despicable pieces of rhetoric that people can use to—to use their religion to hurt others.”

To describe a man’s faith as “one of the most despicable pieces of rhetoric that people can use” is to disparage his religion in at least two distinct ways: by describing it as despicable, and also by characterizing it as merely rhetorical—something insubstantial and even insincere.

The commissioner even went so far as to compare Phillips’ invocation of his sincerely held religious beliefs to defenses of slavery and the Holocaust. This sentiment is inappropriate for a Commission charged with the solemn responsibility of fair and neutral enforcement of Colorado’s antidiscrimination law—a law that protects discrimination on the basis of religion as well as sexual orientation.

That's right. An American CIVIL RIGHTS COMMISSION is staffed by Christophobes who insist that Christianity = Nazism.

In "Bieganski the Brute Polak Stereotype" I argue that that stereotype exists at least partly to rewrite history, to shift blame for the Holocaust from Nazism, which was influenced by Social Darwinism, Romantic Nationalism, Neo-Paganism, and Scientific Racism, to Catholicism.

You can read "Against Identifying Nazism with Christianity" here.
Posted by D Goska at 1:31 PM 4 comments: