The New York Times' Andrew Higgins depicts Poland as a "fringe" country, "Europe's inveterate troublemaker," "Europe's great disrupter," "a disruptive force obsessed with stoking culture wars and hostility to foreigners," and a childish, conceited nation that is helping Ukrainian refugees merely to gain fame and praise. Poland "is basking in the glow of appreciative attention."

"Poland’s deputy culture minister, Jaroslaw Sellin, a conservative firebrand who previously relished his country’s role as Europe’s great disrupter, has found a new cause celebrating Poland’s favor at the center of attention. “Everyone watches us with admiration,” he told Radio Gdansk on Tuesday."

Some readers did object to the article. See images, below. 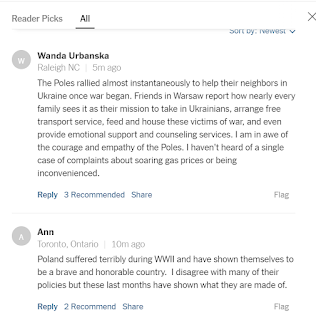 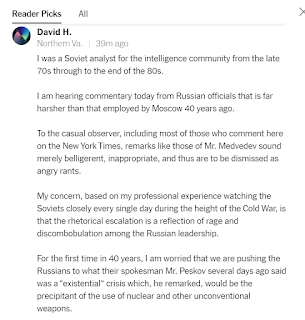 I submitted the comment below. I don't think the Times will publish it 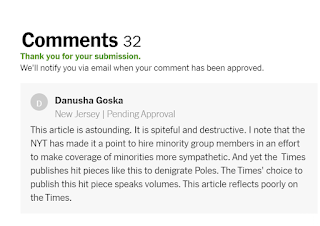