New York Times Again Criticizes Poland as Racist Because of Its Treatment of Ukrainian Refugees v. Migrants from Africa

The New York Times has run *yet another* article criticizing Poland for being heroically welcoming to Ukrainian refugees.

This is extraordinary. Poland has won praise around the world for its abundant hospitality and kindness.

But where normal people see heroism and generosity, the Woke see only white supremacy.

The Times is angry because Poland does not treat male economic migrants from Africa and the Middle East in the same way that it treats women and children escaping Russian bombs dropped on defenseless civilians. 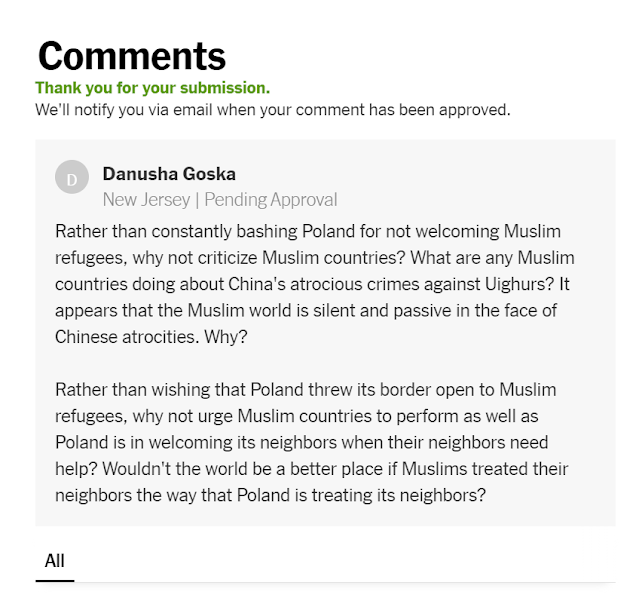 Many Times readers agree. I've included the top four "most popular" comments, below. 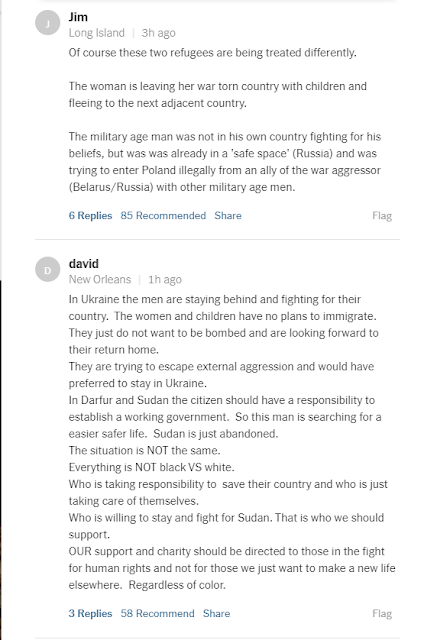 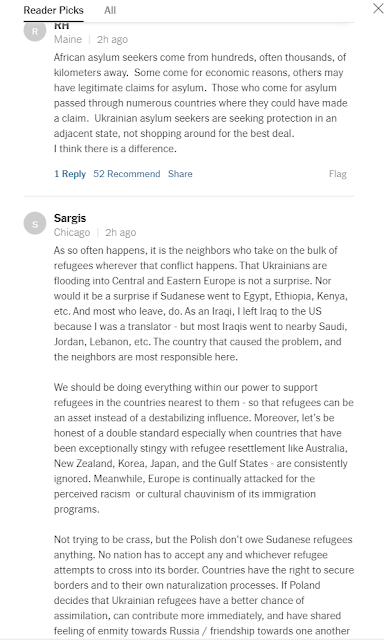