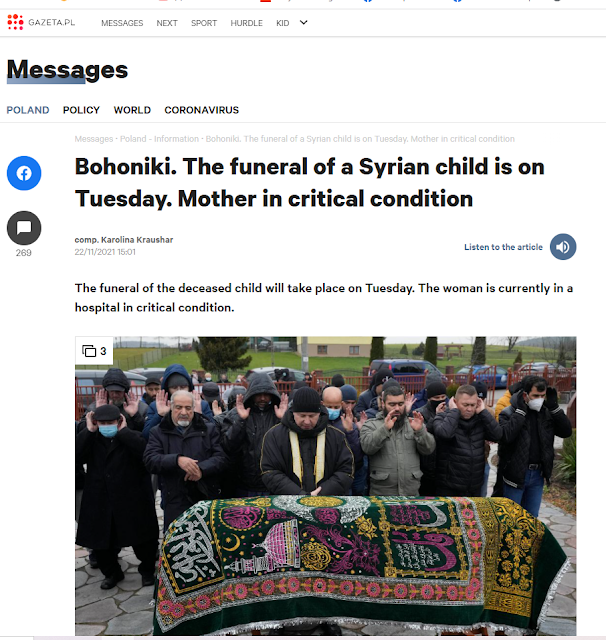 A Polish reader sends in the following observation:

Gazeta Wyborcza is a leading Polish leftist/liberal paper. It fanatically opposes the Polish government position of not allowing into Poland the illegal migrants who have been brought by the Belarussian dictator to the Polish frontier.

Well, today Gazeta Wyborcza reported that a funeral of an unborn child was conducted in a cemetery. A migrant woman miscarried; it was her miscarriage that was buried with a ceremony.

What's interesting is that Gazeta Wyborcza, which is strongly pro-choice, used the term "unborn child." Otherwise, they always use terms like "fetus." Moreover, they condemn using the term "unborn child." They violently oppose any kind of funeral or other ceremony connected with the bodies of these kinds of children – whether they are the bodies of the miscarried or the aborted. Gazeta Wyborcza used this term only now - when writing about the miscarriage of a woman from Iraq.

Language is manipulated – shamelessly and cynically – to serve a master narrative. This is exactly what happens in the creation of Bieganski the Brute Polak Stereotype.