Marian Hemar: A Bard in Exile by Michal Karski 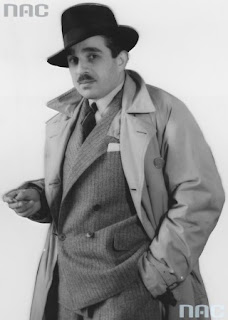 Marian Hemar: A Bard in Exile

How do we know that Homer was one of the greatest poets of all time, or that Horace was the model for many satirists, if we don't understand Ancient Greek or Latin?

We read them in English translation.

In the case of Marian Hemar, who, despite his name, was closer in spirit to Horace than to Homer, we have no way of judging the quality of his creative output unless we happen to understand Polish. And this, of course, is the obvious reason why he is virtually unknown to an English-speaking audience. There are hardly any English translations of his work. To the best of my knowledge, there have been no attempts to translate his poetry. Only one of his plays, entitled 'Poor Man's Miracle,' was produced in English, at Dublin's Abbey Theatre in 1943 in a translation by F.B. Czarnomski.

Thus we have only the opinion of Polish literary critics to tell us that Marian Hemar was one of the greats of Polish letters and a leading light in the cultural life of the Polish emigracja, the political emigrés who were forced to leave Poland as a result of the Second World War.

There is also the matter of his enormous popularity both in pre-war Poland and in post-war Polonia. Supreme satirist and songwriter, he gained a huge audience in the thirties, primarily through his radio broadcasts but also on the Warsaw stage in cabaret performances. He wrote hits for Zofia Terné, Mira Zimińska and Hanka Ordonówna. You don't have to speak Polish to get a flavour of his style in the following performance by the renowned Ordonówna:

He was multi-talented, writing around 3,000 songs for theatre, film and radio –  often the music as well as the words – but also adapting Offenbach's 'La Belle Hélène' and Hašek's 'The Good Soldier Švejk' for the Polish stage before the war. He broadcast his weekly 'Kabaret Hemara' for Radio Free Europe from 1953 to 1969 – 800 programmes in total, produced by his great friend and fellow Lwowian Włada Majewska – and wrote poems and reviews for the Polish émigré press. He translated Shakespeare's sonnets and Horace's Odes. Perhaps he is best known nowadays in worldwide Polonia for his stirring 'Karpacka Brygada', for which he also wrote the music; the famous 'Chlib Kulikowski', written especially for Majewska, which she performed in the characteristic Lwów dialect; or perhaps the rollicking humour of 'Upić Się Warto' (It's Worth Getting Drunk), famously performed by Chór Juranda.

The facts of Marian Hemar's life are well known to the Polish Second World War diaspora, but almost completely unknown elsewhere. Poet and ardent patriot, he was born Marian Hescheles in a Jewish family in 1901 during what is known as the Belle Époque in the ethnic melting pot of Lwów, the city in south-eastern Poland, which was a part of the Austro-Hungarian Empire at the time and which was to become the subject of some of his most heartfelt poetry.

He died in England in 1972, having become the foremost poet among those Poles who had stayed in exile in the West after the war. Since Lwów and other former Polish territories in the east had been left outside of the newly-drawn frontiers, the entire country having been shifted westwards as a result of the agreements between the "Big Three", most of the Polish population from the eastern regions, who had managed to escape the USSR with the Anders Army, found themselves with no homes to go to and were extremely reluctant to go back to a Poland which was now under the new Communist regime imposed by Stalin.

He was married twice: first to the actress and singer Maria Modzelewska from whom he parted just before the outbreak of war and then to Danish-American actress Caroll Ann Eric, known as Kaja, who, according to Włada Majewska, was the model who posed for the famous Columbia Pictures Logo. 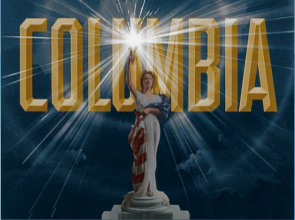 After the outbreak of war, he was forced to abandon his homeland and, taking a roundabout route which found him in Romania and then serving in the Independent Carpathian Brigade in the Middle East – putting on theatre performances during the siege of Tobruk, for instance – he finished up in England, where he became a thorn in the side of the post-war Polish government. He was particularly adept at mercilessly lampooning key political figures and not sparing those of his erstwhile poet colleagues who had remained in the country and whom he accused of having accommodated themselves to the new regime.

A hilarious example of this is 'żargonauci' (Jargonauts) in which he interweaves genuine excerpts of communist bulletins written in incomprehensible and leaden bureaucratic prose taken directly from Warsaw radio broadcasts with his own biting satiric verse. Another is a poem entitled 'Towarzysz Tadeusz' (Comrade Tadeusz), in which communist leader Gomułka objects to the title of Mickiewicz's most famous work, 'Pan Tadeusz', on the grounds that the title 'Pan' no longer exists in egalitarian, proletarian Poland. He never lost his skill at making his audiences laugh with his uncommon wit and his scathing satire.

A towering presence on the Polish stage in London and hugely influential back home because of his broadcasts via Radio Free Europe, Hemar nevertheless remains virtually unknown to English audiences. His poetry, depending so much on puns, taking so much delight in almost Shakespearean wordplay and often based on topical political references is difficult to render into an English equivalent which would convey the same kind of satiric bite or even the sheer glee of rhyming a Polish word with an unexpected ending as in the following couplet, aimed squarely at those Polish emigrés who were keen to buy property in post-war London 'Na Trystana' (For Tristan):

This translates approximately as: "Tristan never loved his Isold(e) /As much as we love our freehold(s)".

Both his love of the Polish language and sense of nostalgia for his vanished home found expression in his more lyrical poems and songs and he wrote many such for Włada Majewska, who became the custodian of his legacy.

Anna Mieszkowska selects an excerpt from a post-war poem entitled 'Kabareciarz' in her introduction to an anthology of Hemar's songs and sketches published in collaboration with Włada Majewska. These lines give a flavour of his style. I include them below for the benefit of those readers of this blog in Poland who may not be familiar with the name of this poet, since he was persona non grata during the days of the communist regime – indeed his Polish citizenship was taken away. And I ask for indulgence from those in the West like myself, whose Polish is a bit rusty – and mine is by no means good enough to even attempt to offer a translation.

In this short revealing self-portrait, Hemar states that he doesn't know whether he could describe himself as a lyric poet, a songwriter, a satirist, or just a versifier. He knows only that he is a creator for the cabaret. The point he is obviously making here is that he would have liked to be considered as a serious artist, but he was well aware that his fame rested on his skills as an entertainer.

Polish Radio has taken over the RFE sound archives. Hemar's many RFE recordings can be found here: