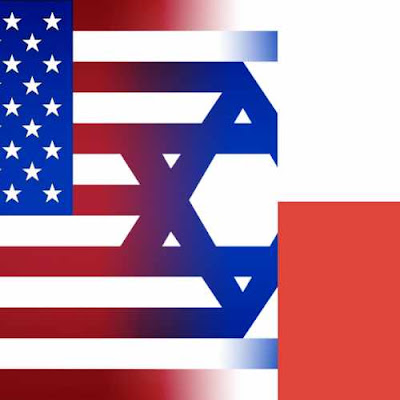 "Well, look what's happened. Look what started to seep in, beginning and probably even with candidates during our administration. We stopped showing up at the Polish American club. We stopped showing up, and we all went to you, the really smart people. We had a new kind of coalition we were putting together. College-educated women and college men and boom, boom, boom and so on."

A couple of interesting articles came my way this month. One was by high profile author Bari Weiss. Weiss argues in the Tablet that there is an as-yet-unnamed phenomenon at work in America culture that is dangerous to Jews. Some call this phenomenon "wokeness" or "Social Justice Warriors" or "anti-racism" or "political correctness." Weiss denounces Trump, but is wary about this phenomenon, embraced to the bosom of the Democratic Party.

The other article is by Tom Zoldak, who, unlike Weiss, is not famous. Zoldak is writing in Intellectual Takeout. Though Weiss is Jewish American and Zoldak is, I would guess, Polish American, they both send a very similar message. Today's Democratic Party is not what it once was. The previously mentioned, as-yet-unnamed phenomenon has taken over the Democratic Party, and it is hostile and dangerous to Polish Americans, as it is to Jews.

Here's a quote from Zoldak's piece:

"Biden supported NAFTA and Most Favored Nation trade status for Communist China, which resulted in thousands of American factories shutting down, causing millions of American manufacturing jobs to disappear. Biden also supported the Iraq War, a misadventure planned and executed by the type of Republicans who have endorsed his candidacy. That fiasco killed thousands of Americans and grievously wounded many more, devastated the ancient Christian communities of Iraq, and wasted hundreds of billions of dollars that places such as Scranton could have used.

Now Biden is embracing critical race theory and the concept of 'white privilege.' This latest project of 'the really smart people' promises to work out as well for the people of northeastern Pennsylvania as Biden's earlier brainstorms did. It is absurd to describe Eastern European immigrants who came to northeastern Pennsylvania with nothing as 'privileged.' Their families were serfs in Europe, and the work they did once they came here was always hard, often debilitating, and sometimes deadly. Mining anthracite coal put bread on the table, but also put coal dust in lungs.

Polish immigrants like my friend's grandfather worked long days deep in anthracite coal mines without masks, respirators, or other basic safety equipment. They would not see the sun, or their children, for months – except on Sundays for Mass – yet they showed up every day, on time, without complaint. My friend's grandfather died from black lung complications at the age of 57 – true senior citizen status by NE PA standards in the 1970s. His remaining retiree buddies toasted his memory with nickel beers at the Polish Club in Dupont, PA, the same type of club Biden admits the Democrats abandoned for the 'really smart people.' Now he wants to abandon their descendants by accepting the theory that what their families have earned in America is the result of an unfair and underserved 'privilege.'"

Here's a quote from the Bari Weiss piece:

"By simply existing as ourselves, Jews undermine the vision of a world without difference. And so the things about us that make us different must be demonized, so that they can be erased or destroyed: Zionism is refashioned as colonialism; government officials justify the murder of innocent Jews in Jersey City; Jewish businesses can be looted because Jews 'are the face of capital.' Jews are flattened into 'white people,' our living history obliterated, so that someone with a straight face can suggest that the Holocaust was merely 'white on white crime.'

This is no longer a fringe view. As the philosopher Peter Boghossian has noted: 'This ideology is the dominant moral orthodoxy in our universities, and has seeped out and spread to every facet of American life— publishing houses, tech, arts, theater, newspapers, media,' and, increasingly, corporations. It has not grabbed power by dictates from above, but by seizing the means of sense-making from below.

Over the past few decades and with increasing velocity over the last several years, a determined young cohort has captured nearly all of the institutions that produce American cultural and intellectual life. Rather than the institutions shaping them, they have reshaped the institutions. You don’t need the majority inside an institution to espouse these views. You only need them to remain silent, cowed by a fearless and zealous minority who can smear them as racists if they dare disagree.

It is why California attempted to pass an ethnic studies curriculum whose only mention of Jews was to explain how they, along with Irish immigrants, were invited into whiteness.

It is why those who claim to care about diversity and inclusion don’t seem to care about the deep-seated racism against Asian Americans at schools like Harvard.

It is why a young Jewish woman named Rose Ritch was recently run out of the USC student government. Ms. Ritch stood accused of complicity in racism because, following the Soviet lie, to be a Zionist is to be nothing less than a racist. Her fellow students waged a campaign to hound her out of her position: 'Impeach her Zionist ass,' they insisted.

It is why the Democratic Socialists of America, the emerging power center of the Democratic Party in New York, sent a questionnaire to New York City Council candidates that included a pledge not to travel to Israel.

It is why Tamika Mallory, an outspoken fan of Louis Farrakhan, gets the glamour treatment in a photoshoot for Vogue."

What Weiss and Zoldak describe is nothing new. It's been going on for some time. Barack Obama, two-time president of the United States, gave voice to it in 2008, specifically targeting the very Pennsylvania Bohunks Zoldak champions. At a San Francisco fundraiser, Obama said,

"You go into these small towns in Pennsylvania and, like a lot of small towns in the Midwest … they get bitter, they cling to guns or religion or antipathy toward people who aren't like them or anti-immigrant sentiment or anti-trade sentiment as a way to explain their frustrations."

My choice doesn't matter; I live in a blue state, and it will go for Biden who, by all predictions, is set to win.

Poles and Jews have reason to be wary.