Polaks and Papists in America by Richard Journey 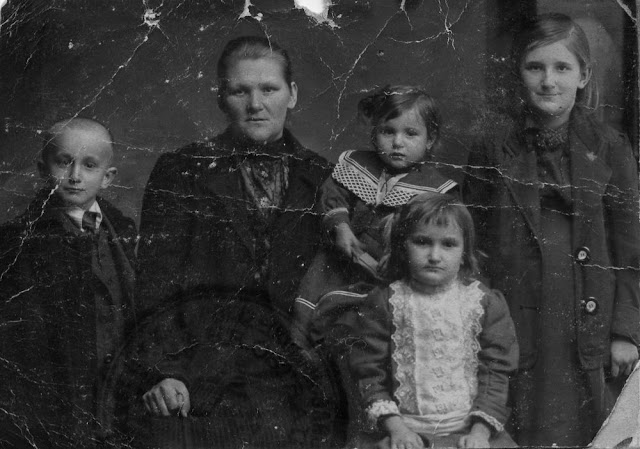 God was displeased with his favorites, the WASPS, or White Anglo Saxon Protestants. As punishment he sent poor Eastern and Southern Europeans to the shining city on the hill. As an upside these aliens were to do the dirty work in the mines, the steel mills, the factories and foundries.

My parents, as children, came to America in the early 1900s from the Austro-Hungarian Empire. Poland did not exist as a nation during that time. In the late eighteenth century, it had been carved up by three major powers: Russia, Austria, and Prussia.

My father had a few years of Polish grade school in a Pennsylvania mining company town. As an adolescent he worked in the mines, unable to get further schooling or the vocational training that he wanted. He described how he and his father had to walk through the woods, avoiding the stone throwing by the Wasps, White Anglo Saxon Protestants. My father saw burning crosses, intimidation for the foreigners, for the Catholics.

His family eventually moved to Ohio, with his father and the other males working in factories. The family bought a lot in the country. There they were able to keep a cow, chickens, and have a garden in an area shared by other immigrants. Life had gotten better through their work in factories and foundries. Most of them moved to different parts of the country.

For years I thought that the immigration officials changed the family name. But I later found out that my father changed the name around 1942. We could be Polish without sounding too Polish. When we were young my parents did speak a secret language, Polish, not to let us know what they were saying. When very young I spoke with my Polish-speaking grandmother, and we seemed to understand each other. Now I regret that my parents did not speak Polish with us. I heard little Polish anywhere after those early years.

As a boy I thought that the Yalta agreement in which President FDR and Churchill gave Poland and the rest of Eastern Europe to Russian control showed the devaluing of the Slavic peoples. Stalinist Russia continued the same Nazi killing and enslavement of Poles and other Eastern Europeans. All contacts with our relatives in Poland were cut off with the iron curtain. I had heard that the Stalinist deportations had moved our relatives to Siberia. Recently my sister found relatives who had survived in the mountains of southern Poland.

In the US prejudice was shown in different ways including the countless Polish jokes. At least mobs were not burning down convents as they had years earlier. Our Protestant town did not have Asians or blacks or Hispanics. So the more recent immigrant groups like the Polish were at the bottom of the pecking order.

With our continuing integration into American life there remained more obviously the problem of a Catholic identification. I was Catholic, and prejudice against Catholics continued through the years, in attacks by Paul Blanshard in his 1953 book American Freedom and Catholic Power, by the POAU, Protestants and other Americans United for separation of church and state. Later even the Catholic presidential candidate JFK had to face an Inquisition, a board of Protestant ministers to find out if he could be trusted as a Catholic with the presidency. It was never clear what Protestants feared from Catholics. Did they think that the pope would send foreign Roman legions to conquer America? But Protestants have been fiercely oppositional to differences, to the Other. Protestants fiercely drove out the Mormons from state to state.

There seemed to be little reason for such a great fear of Catholics. I criticize Catholics for blending too well with the dominant culture, and not furnishing a critique of the problems in the culture. However there were the fathers Berrigan demonstrating against American wars, currently the Nuns on the Bus pushing for social justice, and the old Catholic worker movement with Dorothy Day, to mention a prophetic few. Today the church makes its own problems of abuse, authoritarianism, male supremacy, derogation of women, all helping form a cafeteria Catholicism, or leaving the church.

When I walked on the Rue Maitre Albert in Paris I realized that this referred to Albert the great, a Catholic in the 13th century's thriving intellectual life of the University of Paris. Greek and Roman philosophy and literature along with Arab and Jewish thought were, at that time, all coming into the great mix of Paris for the first time. Abelard mixed it up in his dialectical method. Aquinas tried for the great synthesis. My studies of Greek and Roman classics, along with classical and medieval philosophy were coming back to me on this street of the Latin Quarter.

Most Catholics adjusted, grew more professional, but were not adventuresome in the intellectual life. There were grounds to believe that Catholics were somewhat different. For instance, my studies in Husserl's phenomenology, Merleau-Ponty and Sartre's philosophy helped in pursuing an alternative vision of psychology, a human science psychology. Most of this was not American in style, but continental European.

I don't know why being a Catholic was so important for me. Perhaps part of it was the prevailing hostility to Catholicism helping perpetuate a fortress mentality. The nuns walking through our Protestant downtown with medieval veils fluttering in the breeze were a testimony to the faith for me. Years later I felt pride in a Polish pope and the Solidarity movement working to bring down a communist dictatorship in Poland. Happy for that, I was yet disappointed that he unraveled some of the reforms of Vatican Council II. Sadly he suppressed another liberation movement, the Liberation Theology movement in Latin America.

These are my memories of times past; memories that crowded back when I visited the Polish Museum and Library on the Ile Saint Louis in Paris. There, we talked with a young beautiful Polish guide who has to return to the city of Krakow to continue her university training. Krakow is beautiful, but it is not Paris. We tried to console her. Her being in Paris made it plainer to me that Poland has entered the wider community of Europe. Gone are the days of the Bloodlands or borderlands when Nazis and Communists systematically oppressed and killed Polish and other Eastern European peoples.

The Polish Library, founded in 1838, is one of the biggest institutions in the whole world devoted to Polish culture. In it are the œuvres, remnants, and remembrances of notable Poles. Chopin's piano, for instance; the manuscripts and correspondence of famous Polish novelist, Adam Mickiewicz, a symbol of Polish national and cultural unity and the works of Boleslaw Biegas, a Polish sculptor, painter, and dramatist. It also has records of Polish migration.

In the Polish Museum, I was captivated by the works of Andrew Kreütz-Majewski, operatic and theatrical scenery designer, and professor of the Academy of Fine Arts in Krakow. This man, born in the mid-1930s, had thrived in the most difficult circumstances of World War II and Communist Poland. I had never heard of him before and, curious, I googled his name and found this, a fitting description as unsettling and haunting as the effects of Majewski's works on me:

"Much like his painted works, his designs convey a strong sense of solitude and impermanence, an existential fear of death, and a sense of external threat that the artist projects by creating harsh theatrical, visual imagery that seems to issue from a singular sensitivity.

All this conveys a sense of seclusion. Yet this is no safe asylum that protects one from the world outside. Rather, it is imprisonment without possibility of escape even though enclosures in Majewski's sets are always penetrated by a ray of light or possess an outlet'" (Source).

I believe I know, in my own way, how Majewski might have felt. Would knowing help me finally let go of it? Self-conscious about my past vulnerability to prejudice as alien Polak and papist, I realize that other groups face and have faced prejudice. Sadly, we will always have replacements for Polaks and papists. No problems there. 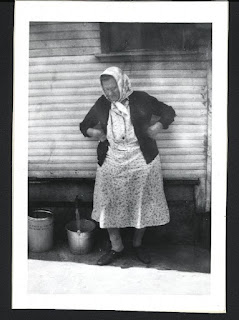 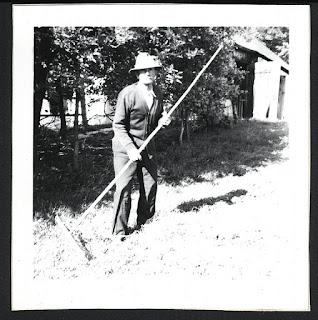 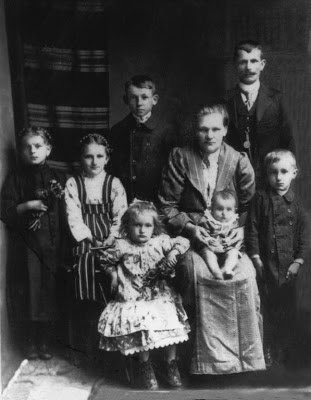