I was kicked off of Facebook for a 25-word description of the Katyn Massacre. You can see the "offensive" post, below.
Facebook friend Sue Knight remarked on the similarity of the execution methods invading Russians used against some Ukrainians in Bucha, and the Katyn Massacre.

I agreed with Sue and commented that, yes, the methods were the same. I was immediately kicked off of Facebook.

It greatly disturbs me that a 25-word description of the Katyn Massacre is enough to get the poster kicked off of Facebook. 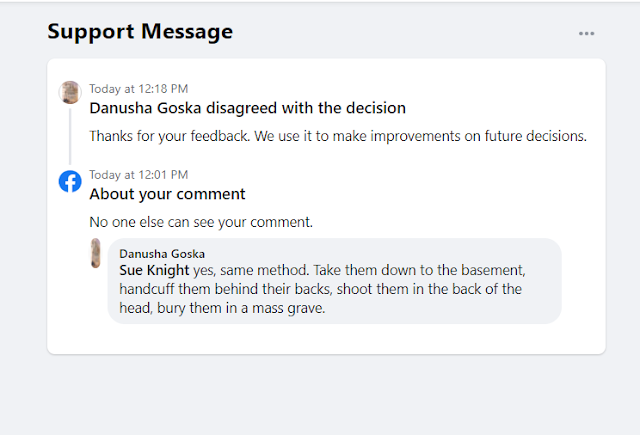