"The Horror, The Horror": Hollywood Films or the Human Heart: Which is Scarier?

I love Halloween. I'll be wearing a costume while teaching class on Monday, and I've encouraged my students to wear costumes, as well.

I try to watch them because I study popular culture, and because films, to me, are a pathway to understanding the human heart.

"The Haunting," 1963, starring Julie Harris and Claire Bloom, is widely considered the scariest movie ever made, including by Martin Scorcese. It's based on a novel by the brilliant Shirley Jackson, who also gave us "The Lottery."

"The Haunting" is, on one level, a ghost story. It is also a very profound exploration of The Dark Side in all its manifestations.

I walked out of "The Exorcist."

"Blair Witch Project" did not scare me, nor did "Psycho." The alleged scariest scene in "The Shining" seems, to me, to be a scene about how sissy girls are. I mean, come on, Shelley Duval.

1944's "The Uninvited," starring Ray Milland and Ruth Hussey, is a perfect film.

I find the original "Manchurian Candidate" and the first Bela Lugosi "Dracula" too scary to watch all the way through.

Back in 1999, I was a graduate student at Indiana University. Evil had entered my life: I was attacked by an IU professor. I was then asked to testify against that professor, and I did so, for the end of my first semester at IU and the entirety of my second semester at IU. Probably from the stress, my inner ear burst. I was very sick, and intermittently paralyzed. I was poor, so I could not get health care. I struggled for SSDI, and a truly evil man, a judge, denied my claim. I was penniless and without any hope or friends or money or future. I was doomed.

At the same time, I was writing a dissertation that addressed the Holocaust.

I was reading and writing about great evil.

I was confronting real evil in my day to day life.

A friend asked what I think of horror films. The response I wrote to him back in 1999 is below.

The other day I was reading an article about the Kielce pogrom.

On July 4, 1946, citizens of Kielce stoned, bayoneted, and shot to death more than forty Jews living in their midst. I was reading a scholarly article about this event, an article meant to be cool-headed, and yet many sentences in it read like horror literature.

"They made rumor sound like truth and fanned the crowd's emotions ... when the crowd had swelled to about one hundred, people began gathering stones."

And more than forty Jews, who had survived the Holocaust, were murdered. Why? Someone spread the Blood Libel. Shirely Jackson's "The Lottery" comes to mind. As does "The horror, the horror," from Heart of Darkness.

When I experience horror while reading stuff like this, I think, why go to a horror movie? Why inject more of this feeling into my life?

I recently had a hearing in front of a judge.

I've been on the phone to lots of local lawyers who have appeared before this particular judge. I've been told by folks who interact with this guy professionally that he is an "evil" man who enjoys denying benefits, especially to women, and, most especially, to articulate women – and that he has been suspended from the bench for the unfairness of his decisions, and that he just recently returned from this suspension, and asked, specifically, to be assigned to this particular work – hearing SSDI cases, although it is notoriously low prestige and low pay.

In my confrontations with this man, and with the illness in general and with the experience of being poor and sick, I feel fear and horror all the time.

I really dislike feeling both fear and horror.

In trying to understand why some like horror, I've thought – who is the most likely audience for a really scary horror movie?

Who are the biggest audiences of such movies?

I think the stock answers are that teens are losing control of their bodies in ways that gross them out or intimidate them. Hair growths, wet dreams, bleeding, voices changing, etc. The lack of control over the material body, and the trajectory of one's life, is mirrored in the lack of control of the victims on the screen. And, the scare factor breaks down barriers to sex. The guy you are dating may seem most appealing when you can squeal and jump into his arms during a scary scene. And you may be most feminine at that moment.

Roman Polanski is a Holocaust survivor. He made a couple of highly praised, scary and horrible movies: "Knife in the Water" and "Rosemary's Baby."

My illness and encounters with individuals like this judge has hammered home to me at every turn, since I got sick, anyway, what I suspect people feel, and choose to feel, while watching horror movies: that the human body is not integral, that our convictions of our own autonomy are delusions – no, I've never quite turned into Linda Blair as a possessed kid, but, I can't, single handedly, hold back disease and keep my body from changing in ways I don't like.

I am constantly reminded that apparently innocent scenes and people can, without warning, erupt into terror and threat.

There is a mindlessly destructive, death-hungry, pain-hungry urge in the human make up, and that urge occasionally has its way, while rationality and compassion are made impotent and thrust to the sidelines.

If you're not a sheltered American teenager, and you feel you have quite enough fear and horror in your life, thank you, does a movie like "The Blair Witch Project" have something to offer? The movie advertises itself by announcing that all the protagonists are dead, or at least missing. There's no triumph of the human, the rational, the compassionate, over fear and horror. Fear and horror win. Why is there an attraction to that?

Or, is there a sense of triumph because the viewer assumes he'll be alive when the movie is over? Could it serve as does the Tibetan Book of the Dead, or even initiation rituals – this is how bad it gets. Let go of your attachment to the goodies of life. After you've completely let go, go back into life, acknowledging that all you love and rely on is an illusion, or, maybe, a choice, a product of your moment to moment choice making? And that very choice making makes you heroic and triumphant?

What I'm trying to understand is this: after my encounters with the judge from hell, after reading about the Kielce pogrom, I don't understand why I would pay money to plunge into more horror.

And it is exactly the encounter with that particular judge, perhaps one of the most evil persons I will ever encounter in my mundane life, that has made this something I think about a lot.

Do horror movies, as an art form designating themselves as the art form that does the work of dealing with horror, offer me any tools in my interaction with this judge that other art forms, that do not address horror in such a head on fashion, do not offer me?

Or is there no connection at all between the horror on the screen and the horrors of real life?

I can say that Shirley Jackson's "The Lottery" offers me tools to deal with the Kielce Pogrom.

A friend said that she liked horror movies because they desensitized her to the real horror in real life. I exactly don't want to become desensitized.

A choice scene from 1963's "The Haunting" may be viewed here. 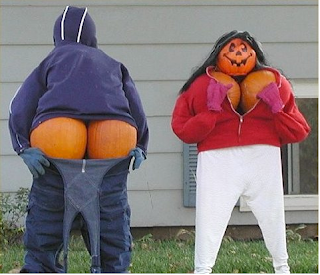 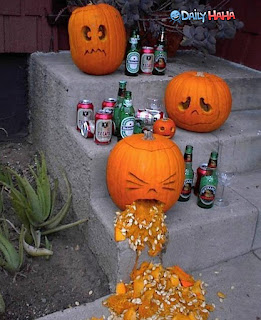