Trying to Talk to Trump Supporters 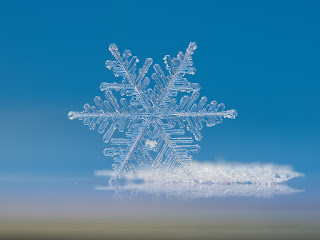 Folks, I know I have not posted on this blog in a long time, and I apologize. The reasons are complex.

In any case, I am posting here an account of an encounter I had on Facebook. I don't mention Poland once in this essay, but astute readers will understand why I post this here, as well as on my other blog, Save Send Delete.


I was scrolling through my Facebook feed. I read a post from a friend. I felt like I was reading someone else's vomit. I walked away from the computer and tried to forget. I knew if I responded I would not be heard. I knew if I responded I risked hurting someone. I knew that someone had already hurt me, and nothing would erase that post from my memory. Even as I tried to forget the post, a reply kept formulating itself in my head. The post, and its hate, were a puzzle. I was compelled to piece its disparate parts into a pattern in order to make better sense of the world I suddenly found myself inhabiting. The post was a diabolical labyrinth constructed of words; I need to craft my escape, marshalling my own words.

A woman for whom I feel genuine affection and respect re-posted a thousand-word rant by "Mark."

Mark was excoriating anyone who criticized Donald J. Trump. Trump's critics, Mark insisted, were intolerant, convulsive, tyrannical, dictatorial, reactionary, insidious, pablum-feeding lapdogs of left-wing academics and little snowflake students who are crippled by anxiety when viewing the American flag and therefore outlaw its display. These teachers and students want to force America into a homogenized, contrived, politically correct image. These inflammatory words are all Mark's, taken directly from his rant. The rant took special exception to any comparison of Trump to Hitler.

Mark identified the populations to blame for turning America into a dystopian nightmare: teachers, students and the press. He named no other individual or group as guilty. Not Bernie Madoff. Not Wall Street and the 2008 crash. Not drug dealers and the heroin epidemic. Not mass shootings like Newtown or absentee fathers or misguided wars or lead-polluted water or income inequality or Kim Kardashian. No. Just teachers. Just students.

One response to Mark's screed made mention of how Trump would protect America from "dangerous immigrants."

Mark said that leftists say that Trump is exactly like Hitler. Mark seemed to find it important to insist that Trump would never murder tens of millions of civilians.

I haven't seen any serious commentary by a significant journalist or other public figure saying that Trump is exactly like Hitler, and no serious critique suggests that Trump will murder tens of millions of civilians.

Clearly, Mark was not talking about real opponents.

Clearly, Mark was condemning the monsters plotting under his bed, the gremlins slithering through his nightmares, the worst possible imaginings of alt-right conspiracy theorists. He located all of America's enemies in classrooms and in media.

Mark's hatred of teachers and students reminded me of some great dialogue from Ship of Fools.

Why the teachers? The students? The immigrants?

Mark was shadow-boxing a caricature of a fantasy of a right-wing man who hates students and teachers and people who didn't vote for Donald Trump.

Straw men, imaginary enemies, stereotypes rather than flesh-and-blood persons: these are what you encounter in the Malleus Maleficarum, The Witches' Hammer, the go-to manual for witch hunters. You encounter straw men in the transcripts of Stalinist show trials, in the Protocols of the Elders of Zion: in propaganda that panders to and reflects the fears of the paranoid or merely misanthropic. Lies crafted to stir up hatred and make any reconciliation or even mere respect impossible litter propaganda.

I wondered if Mark had ever entered a university classroom, or met a teacher or a student. I wanted Mark and my Facebook friend who shared Mark's screed to come to my classroom, to meet me as a teacher, as a child of immigrants, to meet my students. Flesh and blood. Real people.

Would they call me a "dangerous immigrant" to my face? Would they mock my students as "special snowflakes" to their young faces?

Would Mark look me right in my big blue eyes and call me a convulsing, tyrannical, dictatorial, concentration-camp-capo wannabe?

Why would Mark, a successful person, a published author, lie like this? Fantasize like this?  Catastrophize like this? And, at a moment of national tension, work to stir up hatred against his fellow citizens?

More on this question, below. Because I think I've found the answer, and it's probably not what you think. And you can tell me if I have it wrong.

Look, I said. No serious person is saying that Trump is exactly like Hitler.

But responsible people have pointed out that Trump is a demagogue, that he plays some of the same devious games that all demagogues, including Hitler, play.

Patriots need to address this:

The ADL report on the unprecedented flow of hate during the Trump campaign. See here: http://www.adl.org/assets/pdf/press-center/CR_4862_Journalism-Task-Force_v2.pdf

Teachers report an increase in bullying at schools, bullying overtly inspired by Trump, e.g., "Trump is going to throw you over the wall." "Trump that bitch" is now a phrase. Students shout "Hail Trump" or merely "Trump, Trump" when harassing others. See here https://www.splcenter.org/20161128/trump-effect-impact-2016-presidential-election-our-nations-schools

Frank Navarro, a 1997 Mandel Fellow at the US Holocaust Memorial Museum and a teacher with forty years' experience, pointed out some parallels between Trump and Hitler. And was promptly told he had to stop teaching.

"As scholars of Jewish history, we are acutely attuned to the fragility of democracies and the consequences for minorities when democracies fail to live up to their highest principles … in the wake of Donald Trump’s electoral victory, it is time to re-evaluate where the country stands. The election campaign was marked by unprecedented expressions of racial, ethnic, gender-based, and religious hatred."

I mentioned celebrated Holocaust scholar Deborah Lipstadt's stating that Trump's appointment of Steve Bannon was "a game-changer" in how decent people address bigotry.

Facebook friend Otto Gross also felt compelled to speak up. Otto's essay "Ripples of Sin" describes growing up with parents who had been Nazis. His perspective is wise, unique, and worthy of respect. (Otto's essay here: http://bieganski-the-blog.blogspot.com/2011/12/ripples-of-sin.html)

In response to our posts, Otto and I were called "presumptuous" "rotting," "corrupt," "anti-intellectual," "profoundly ignorant," and "violently anti-Semitic" "leftists." We "denigrated" the actual suffering of Jews in order to express "annoyance" at a "politician." We were told we had contributed to the "devolution" of the conversation, like drunks at a bar. We were "separate" from real "working class Americans" who would reject us like the deviants that we are.

We had never called anyone a Nazi. We had not said that Trump was Hitler. Otto laughed at being called a "leftist." He's never voted for a Democrat in his life.

Working class? My father was a coal miner. My mother cleaned houses. Otto's father was a metal worker. His mother did farm labor. I have worked as a nurse's aide, carpenter, and live-in domestic servant. Otto has pumped gas and mopped up hospital waste.

The Facebook posters shouting at us that we are not "working class" live lives of wealth, power, and influence.

These objective facts made no difference to Team Trump. Team Trump was doing what Team Trump does: obstinately erecting and strenuously demonizing a completely imaginary straw man.

They could work up fuming outrage to condemn Otto and me, people who posed no threat to them, but could not even acknowledge the hundreds of hate crimes that spiked directly after Trump's election. (See here: https://www.splcenter.org/hatewatch/2016/11/18/update-incidents-hateful-harassment-election-day-now-number-701).

I threw in the towel and retreated. My friend was choosing a fact-free world in which I, a teacher and a child of immigrants, was the ogre.

Then something odd happened.

A couple of the participants communicated to me, in public and in private, virtual resumes.

In one follow-up, thousand-word post, the poster used the word "I," "me," and "my" fifty times: "I've done this, this, and this. I have this and this accomplishment. I have done all these important things! I have been well-assessed! I am a good person!"

I was confused. All of this "I" stuff struck me as complete non-sequiturs. Weren't we talking about the Big Picture? About our nation, the United States of America?

And then it hit me.

People who voted for Trump feel shamed. It's a stigma, a taint.

Those who feel shamed are doing two things:

First, they discredit those who note Trump's flaws as beyond the pale – as drunks, as extreme leftists, insidious, special snowflakes, anti-American, elitist. We are so bad our perceptions are worthless.

And they must distort any criticism of Trump into a parody – "You are saying that Trump is just like Hitler! That's ridiculous! Trump will never murder millions!"

When you distort critiques of Trump that badly, he comes out looking relatively good. "Hey! He'll never murder millions so he must be an okay guy!"

As a teacher, I struggle to play my part in keeping the American dream alive. That's why I keep trying to talk to Trump voters. So far, though, I have gotten nowhere. The Team Trump trademark post-truth approach pulverizes language and drives us all lightyears apart.

Mostly what I encounter are logical fallacies.

Ad hominem: "You are an insidious leftist."

Now that Trump has won, it appears to be important to Team Trump to reduce all of us who didn't vote for Trump to a marginally inhuman status, and to dismiss any criticism of him as extremist violations of Godwin's Law.